Statement of a Group of Egyptian Women's NGOs

the central and crucial issue at this historical moment is to continue the process of overthrowing the previous regime and to build a new political, social and economic system through the following steps:

We, as participants in the ranks of the Egyptian popular revolution, which was triggered by Egyptian

youth on the 25 of January 2011, inspired by the spirit of the Revolution and the sincere wish to establish Egypt as a civil state under the slogan that has unified all Egyptians “Freedom, Democracy and Social Justice”, and believing that the People are the source of power, state that:

First, the central and crucial issue at this historical moment is to continue the process of overthrowing the previous regime and to build a new political, social and economic system through the following steps:

To establish, through consensus among the national currents which participated in the 25th of January Revolution, a temporary Presidential Council of five persons who believe in and are bound by the principles of the Revolution.  The Council should consist of four civilians, including women, who have no relation with the previous regime, and are well known for their independence, integrity and efficiency.  A representative of the Armed Forces would be the fifth member.  This Council should be established within a period of two weeks.

The Presidential Council should form a Constitutional Committee, to create a new National Constitution that expresses the spirit of the Revolution and the aspirations of  the Egyptian people in all their varied currents that participated in the Revolution; specifically the demand to establish a modern civil state based on the principles of citizenship without discrimination on the basis of gender or class, racial or religious affiliation.  The Constitution should provide for establishing a democratic parliamentarian system of government based on a real separation of the different authorities It should guarantee the free and peaceful transition of power, and should protect public freedoms, most particularly civil and political freedoms such as the freedom of expression, the freedom to organize and establish political parties, workers’ and professional unions, and civil society institutions.

Second, the rebuilding of the Egyptian economy cannot be achieved through asking social groups which have been suffering for decades to postpone their legitimate demands, but should be achieved through taking immediate firm action to reclaim Egypt’s wealth lost to the corruption of the previous regime and its collaborators. These should be publicly investigated and prosecuted under the supervision of the Egyptian Judiciary.  Reclaiming this wealth would provide a real push to establishing a strong and stable economy that could lead our country out of its current economic crisis. This wealth should be redistributed according to the Revolution’s central demand for social justice.  In this context, we emphasize the importance of implementing the judiciary rulings regarding the minimum wage, and the adoption of a progressive tax system that would contribute to achieving social justice.

Third,  immediate efforts to re-establish security and safety on Egyptian streets, through the restructuring of the Ministry of the Interior as a civil authority.

Fourth, we insist on the immediate release of all political prisoners, in particular those detained since the beginning of the Revolution.

Fifth, as women, we have been active participants in the Egyptian popular revolution and will continue this role, insisting on the full participation of women in the political and decision-making  processes in the upcoming period. We believe that the elimination of all forms of discrimination, not only on those based on gender, but  also on the base of class, race, belief or ideological affiliation is the way to achieve citizenship  for ALL.

Finally, we believe that these steps should be taken with maximum urgency in order to achieve stability and release our creative and economic  potentials. They are the way to  revitalize our country and restore the pride, dignity and status of the nation and its citizens, women and men. 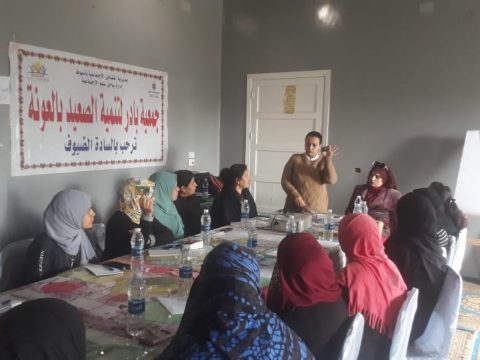