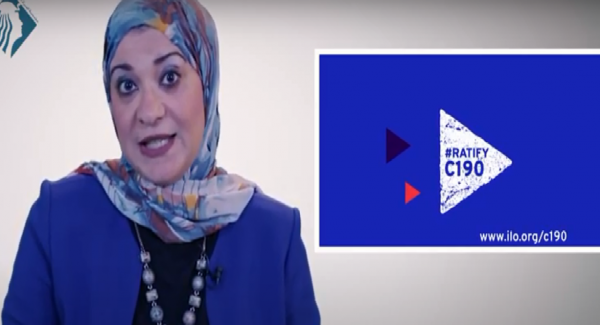 In Egypt, every year, at least 150,000 women suffer from harassment at work. This reduces their ability to produce, create, develop and innovate, which is considered an explicit threat to equal opportunities.

On June 21, it will be three years since the Convention (No.190) concerning the Elimination of Violence and Harassment in the World of Work was promulgated.

Promoting gender equality requires a large system of policies, mechanisms, and clear and sustained actions. Definitely, the most important policies are the protection against violence and discrimination. Part of these policies lies with the state, the other part lies with the trade unions, and the critical part lies with employers and various workplaces.

Join us in calling the Egyptian government to ratify the convention to become part of Egyptian law so that we can make the world of work free from violence and harassment for all.

This video was produced in collaboration with the Diakonia organisation.