New gains for women after years of struggle 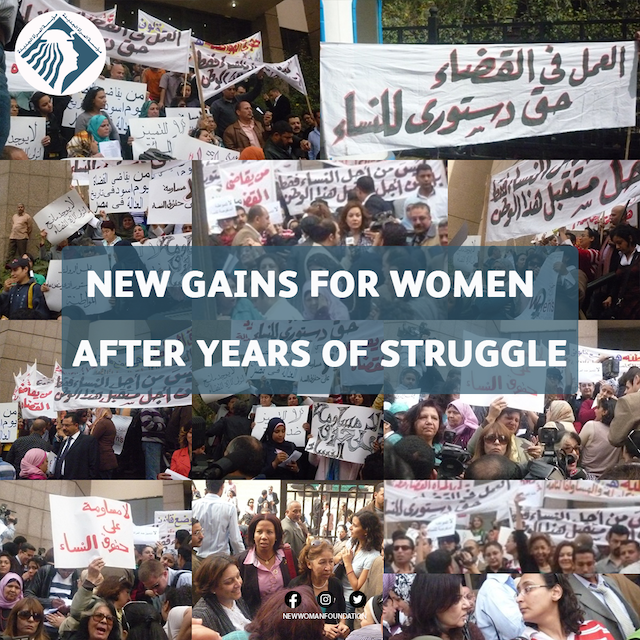 Decades witnessed the faces of many Egyptian women who worked continuously to establish the right of women to become judges. They believed women are equal with men in knowledge and awareness without narrowing cultural and stereotypical frameworks for women. Also, they believed in women’s ability to lead and share law responsibility and understand its purposes.

Today we all have to remind ourselves of the effort we have shared. We are pleased with our actions that resulted in rights, equality and citizenship rewards. Moreover, We need to remind ourselves that our solidarity benefits everyone and moderates the balance of justice.

We congratulate all those who have contributed to “Women in the Judiciary” campaign. We can’t forget the efforts of others, nor the predecessors, as we are working in solidarity.

This is a photo from the “New Woman Foundation” Archive; we will begin with it to present the history of the “Women in the Judiciary” campaign. The photo of a protest on the stairs of the Council of State after the General Assembly announced, back in 2010, its refusal to appoint female graduates as the position was only for males.

For all those who were with us in this majestic scene, whether individuals or organizations, May you always struggle for permanent and complete rights of constitutional citizenship.

And may our paths always lead to one home for all.