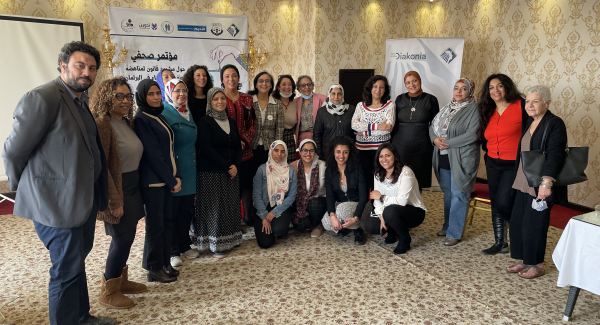 During the press conference held on Tuesday, March 8, in conjunction with International Women’s Day, the labor force of feminist organizations announced the most significant provisions of the draft-unified law against Violence. 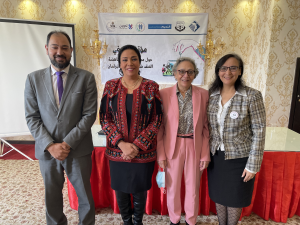 The announcement was in the presence of the member of the House of Representatives “Nashwa El-Deeb”, the Chair of the Board of Trustees of the New Woman Foundation and researcher on gender studies “Nevin Obaid”, the cassation lawyer and representative of the Center for Egyptian Women Legal Assistance “Abd El-Fattah Yahya”, and the director of Nadeem Center for Rehabilitation of Victims of Violence and Torture “Dr. Magda Adly”. 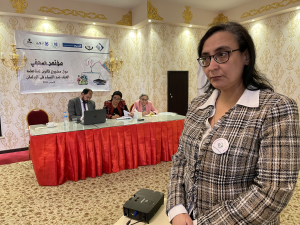 The labor force of feminist Organizations, including (the New Woman Foundation, the Center for Egyptian Women Legal Assistance, Nadeem Center for Rehabilitation of Victims of Violence and Torture, Tadwein Center for Social Gender Studies, the Egyptian Female Lawyers Initiative, and Cairo Foundation for Development & Law) was formed in 2018 for a unified law against violence. 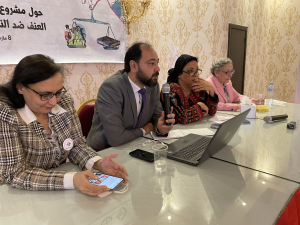 Nevin Obaid, a researcher in development and gender and the Chair of the Board of Trustees of the New Woman Foundation, said that the draft law consists of 53 articles with some articles developed. The draft law has several international references including, (the international Declaration on the Elimination of Violence Against Women). She also explained that the new draft law introduced a different concept of punishment for rehabilitation of the victims of violence and the perpetrators of violence. Also, the new draft law introduces new definitions of electronic and sexual extortion issues, especially with the increasing numbers of affected cases. 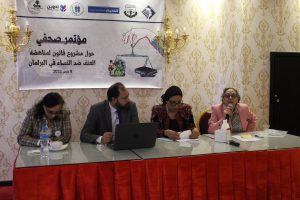 Abd El-Fattah Yahya, a lawyer and representative of the Center for Egyptian Women Legal Assistance, said that the draft law against violence adopted some articles of the penal code, which related to cases and issues of violence. He emphasized that the submitted draft law was a unified law against violence between individuals, not just for combating violence against women. However, the law focused on women since the violent acts are most common against women.

The new law required that police services must have qualified and trained women to deal with such cases, especially within police stations. These police services should be defined by not-stigmatizing the victim and the whistleblower. Also, they have to protect whistleblowers, victims, and witnesses.

Abd El-Fattah Yahya, a lawyer in cassation, affirmed that the origin of the code of criminal procedure is to include all crimes within the Egyptian country, whether Egyptian, foreign, or refugee. Thus, all criminals’ perpetrators are tried under the law of the State. If the unified law of violence is adopted within the Egyptian legislative structure, all criminals’ perpetrators will be prosecuted in accordance with its provisions.

Reliance on a medical report for marital rape: 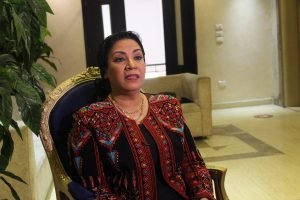 Representative Nashwa El-Deeb confirmed that the law focused on criminalizing marital rape with a medical report. Furthermore, the provisions of Female Genital Mutilation (FGM) had also been transferred to the draft law as is. The draft law proposed establishing a center for protecting victims of violence and rehabilitation centers for the perpetrators of violence. Moreover, the draft law suggested allocating police and a hotline to communicate with survivors; besides, establishing courts and prosecutor’s offices to deal with such cases. 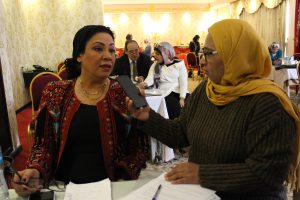 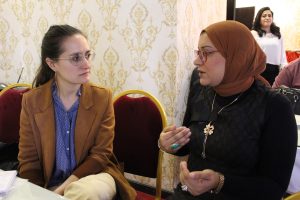 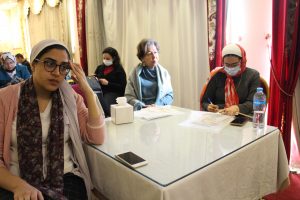 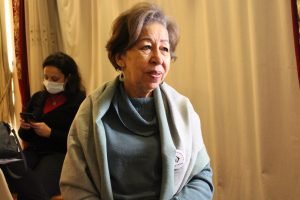 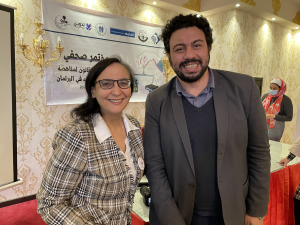 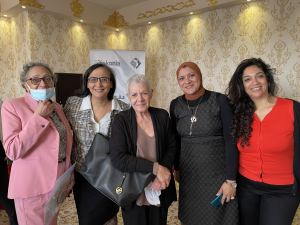